THE MISSIONARIES OF ST PATRICK’S

There was no proper Catholic Mission Station in Transkei before July 1920.An attempt made by oblate priest and holy cross sisters failed .In 1925 Fr Reginald Weinmann CMM a parish priest of Umthatha suggested to Bishop Fleischer of Marranhill the purchase of the Nkaunkazi/ Silverstream farm near Umthatha but the Bishop did not buy the idea and mentioned lack of funds.

On July 1926 Fr Emmuel Hanisch CMM came to Umtata as a parish priest and persuaded the idea of his predecessor, but the Bishop was still not in favour, but with the help of some white Catholics of Umthatha the Bishop was approached and after long discussion the Bishop gave permission. After the permission was granted by Bishop, the Chief Magistrate Mr. Weish refused, saying the place had been set aside as an agricultural site and could not be used as a mission site. 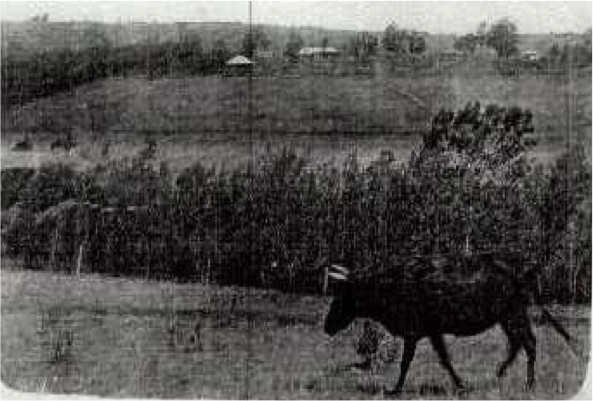 And further said another denomination which he visited asked first the place, therefore he could not recommend the request of the Catholic Church.

Fr Hanish then approached the local M.P Mr. Payne to intercede personally with General Hertzog who was in Pretoria and General Hertzog gave permission on the 19 July 1928.

The Silverstream/Nkaunkazi Agricultural Farm was bought. This place was given by a Pondo Chief to a white man before the occupation of Pondoland by the British. From 1905 to 1938 this farm changed ownership five to six times, but on the 19 July 1928 permission to occupy the land was given to Adalbero Fleischer in his capacity as a Roma Catholic Bishop and Vicar Apostolic of Marrianhill.

Conditions set were that the farm be primarily used to train natives in agriculture. The farm was named St Patrick’s in order to make Irish people of Umtata interested in this new mission station 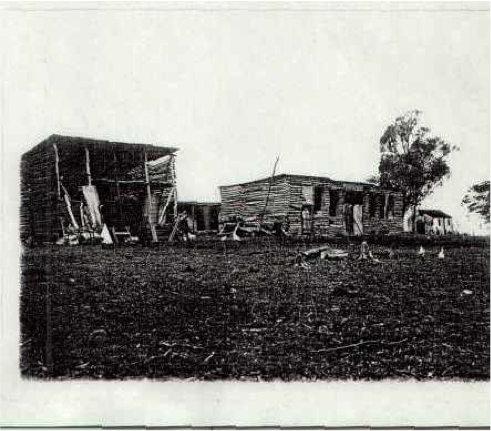 On the 6th August 1928 Fr Eligius Muller CMM came to St Patrick’s as the first priest with Brother Athanasius. On the 17 April 1929 Bishop Fleischer celebrated mass here. The small farm store was converted into a church; trees were chopped and sold as fire-wood. 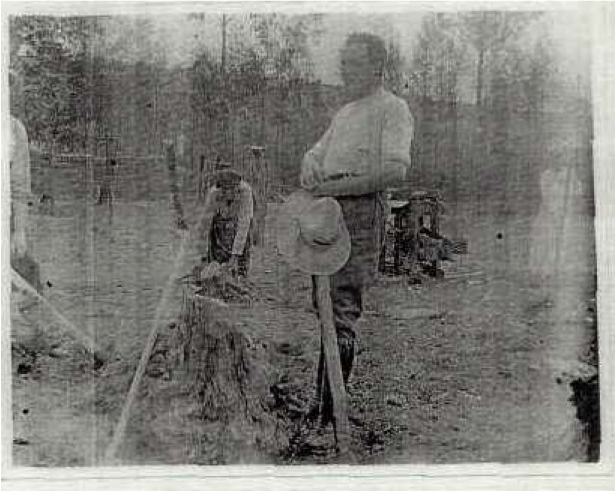 Fr Eligius Muller baptized several adults and children many of them were from Corana. In 1931 Fr Muller was taken to Marianhill hospital because of his health conditions and he died on the 26 March 1931. On the 23rd July 1931 Fr Joseph Vogel CMM came to St Patrick’s with a catechist Mr. Stephen Zulu. On the 02 August 1931 School was started with few children, the small church was served as classroom and Msgr Hanish himself opened the school, the first head teacher was Johanna Dlamini form Natal. 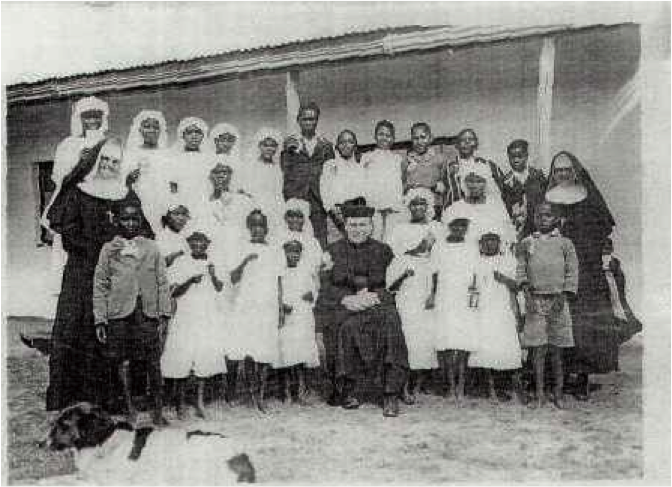 On the 15 August 1931 a group of 07 children mainly from Tyida family were baptized and were instructed by Fr Muller. In 1932 March Fr Maurus Kalus CMM arrived and on the 18 October 1932 two CPS sisters came to stay at St Patrick’s.

As the time goes on they were joined by other sisters .The first Parish church was a former farm store made of holes and corrugated irons. In 1932 the second church was built, the first one was used as a printing room. Some time later Fr Lucas Lehmann CMM pulled it down by oxen. 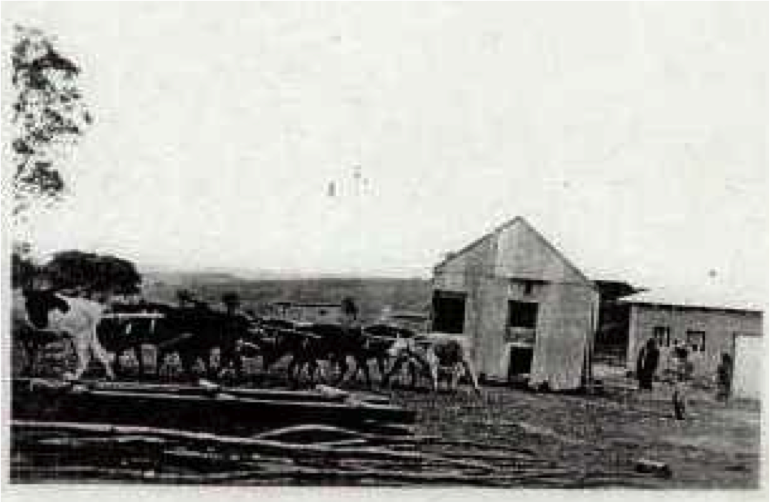 In 1940 Fr Lehmann built a new church and 1940 it was blessed in the presence of Chief Bensin Ndamase straight up from the mission there were no homes yet only two families Tyida and Mgodleni. In 1933 Fr Lehmann had already opened three outstations i.e Mahlathini, Corana, and Moyeni. To outstations he normally went on horse back and sometimes accompanied by sister Hyacintha Vaiser CPS who came to St Patrick’s on the 25 May 1933. Sr Hyacintha baptized many people who were in danger of death and she was fluent in Xhosa, whenever she went out she always carried some sweets along for children and tobacco for men. She worked more than 20 years in St Patrick’s. In 1933 Fr Lehmann bought himself a motor car. 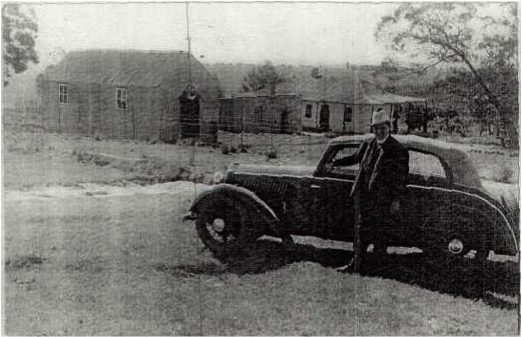 Fr Lehmann made it a rule to attend every funeral if possible because there, he could meet people and preach the good news to them. Fr Lehmann was also a real friend of children he had always something in his pocket to give to them and a few kind words like “Phila khakhuhle”. 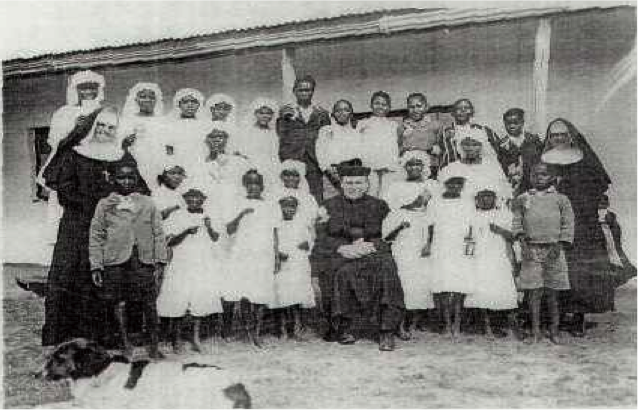 In 1935 Sisters took overprinting press, pastoral letters and Catechism were printed here in charge of printing room were Sr.’s Hyacintha and Uilburga. In 1937 the old farm house which was used as convent was completely rebuild and finished the same year. Underneath is the group of children who received first Holy Communion. 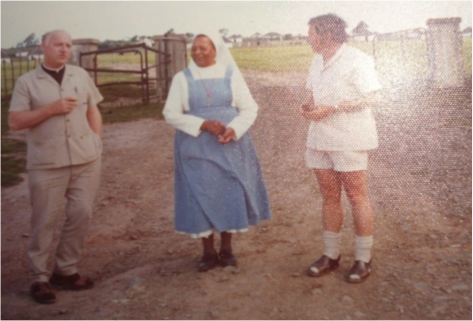 Seventy (70) children form outstanding received their first Holy Communion. Every child received a big picture as a remembrance of that important day. 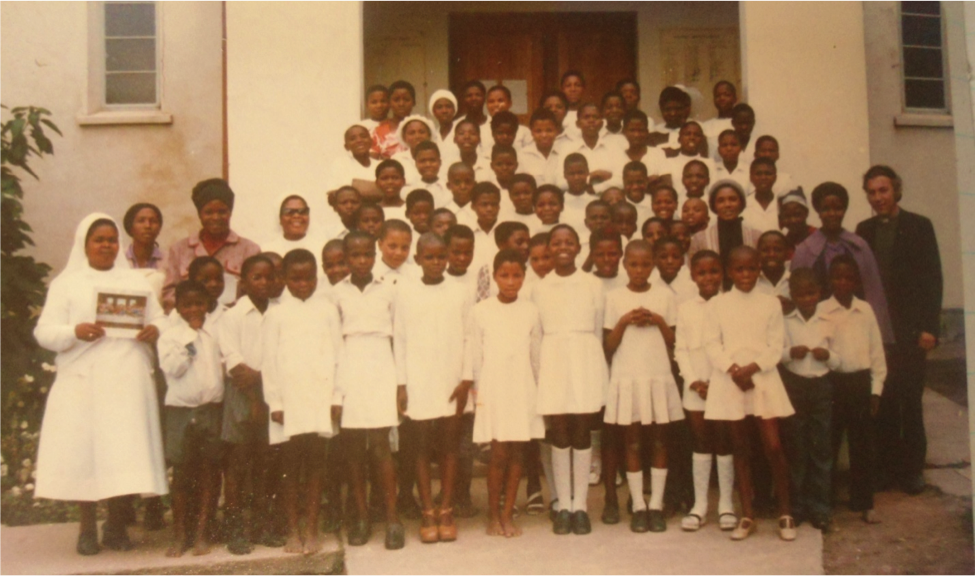 Ever since Fr Paul Baumeler arrived at St Patrick’s towards the end of 1976 He saw the necessity of a parish Centre including a small hall, some conference rooms and sleeping facilities, the plan was to train people over weekends for different ministries in the parish but he died on the 15th March 1977 after a very short illness, Fr Winfried continued with an idea of Fr Paul. Fr Paul’s Funeral was held at Bedford Convent farm on the 23 March 1977.

Starting of the new centre. 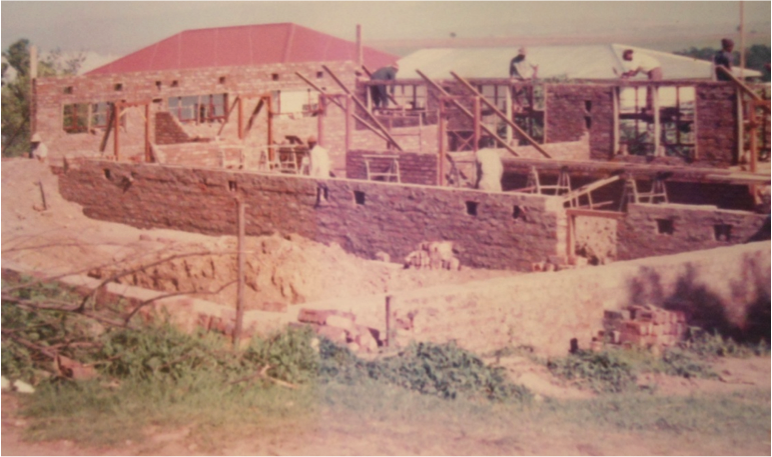 On the 30 July 1978 Bishop Buthelezi blessed a new parish centre before he went away the following day to take up his new post as Archbishop of Bloemfontein, invited people were coming from St Paul’s, Libode and other churches. An open air mass was celebrated in front of the church. After that everybody proceeded to the new parish centre. 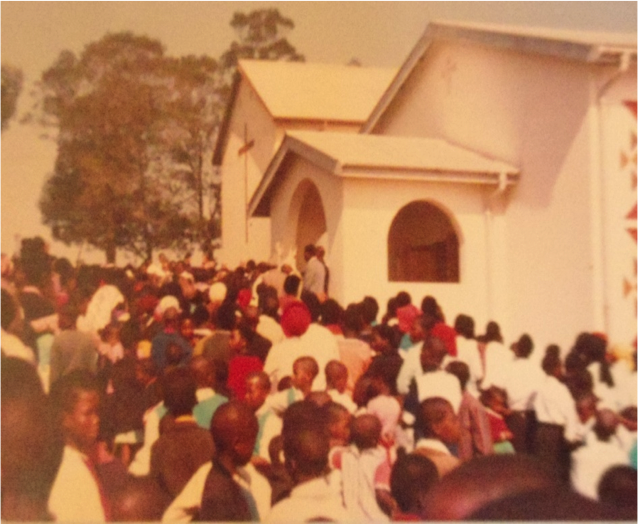 In August St Ann’s had their retreat and clothing of some new members, here under are old ladies of St Ann sitted: in the middle Mrs Tiya left Mrs Twazi right Mrs Mbokodi. 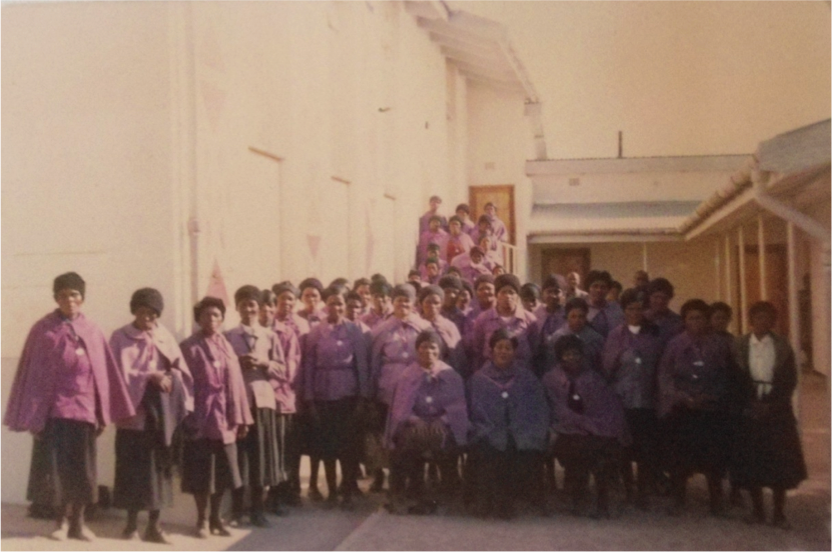 In January 1979 Sr Generosa Maduna started as a full time catechist. She attended a course of a catechist at Lumko for the whole year. 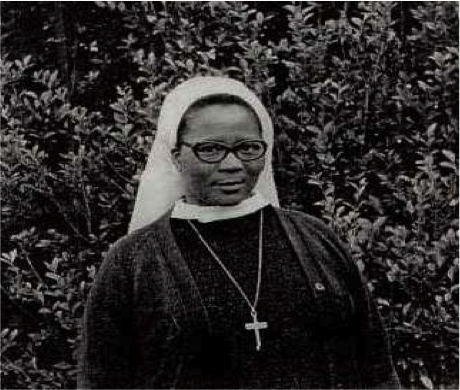 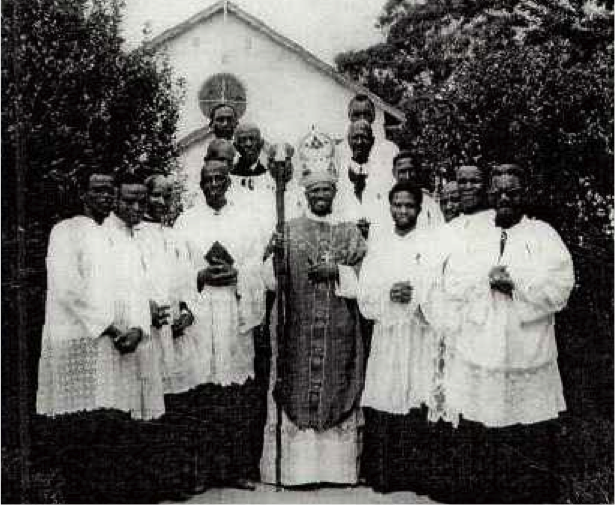 In 13 June 1980 farewell feast for the principal of the school Sr Pia was conducted, the Bishop was there to celebrate the mass; Sr Pia worked as a teacher at St Patrick’s ±15 years. 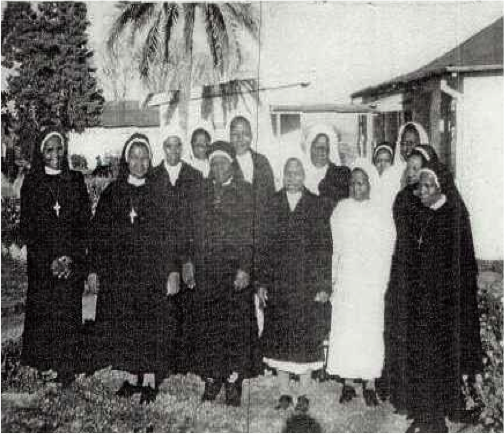 On the 05 May 2013 Mr. Twazi L. P. chairperson of Men’s Union handed over a shield to Fr. Jwara from Men’s Union for his continuous support.

On the 02 June 2013 handing of certificate of appreciation to the people in-charge of children of Mary by Mrs. Twazi to Mrs. Ludonga and Sister Larantia CPS. 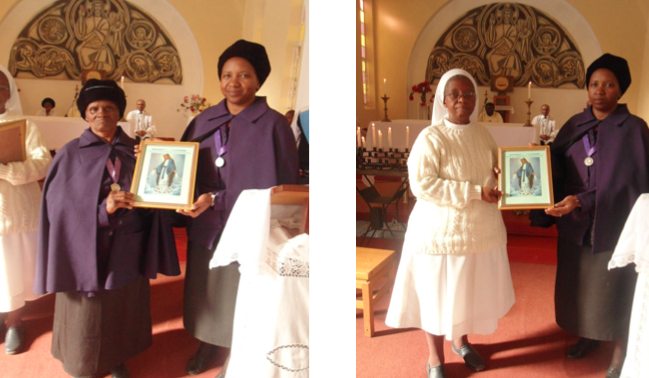 On the 15 September 2013 ±20 children received their first sacrament (baptism).

Verse of the Day

But Christ has indeed been raised from the dead, the firstfruits of those who have fallen asleep. For since death came through a man, the resurrection of the dead comes also through a man. For as in Adam all die, so in Christ all will be made alive. — 1 Corinthians 15:20-22